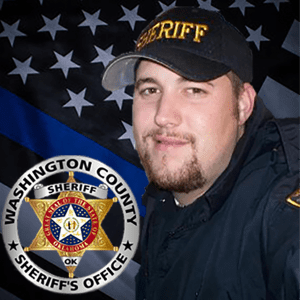 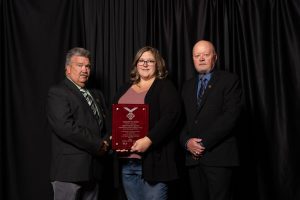 Corporal Kyle Davis end of watch occurred on March 25th 2021. Corporal Davis graduated from Copan public schools and holds a Bachelor of Arts degree in history from the University of Science and Arts of Oklahoma. He began his career in law enforcement with the Washington County Sheriffs office in 2008 and was promoted to Deputy Sheriff in 2010.

He was very well versed in the daily operations of the center as he had worked not only in the jail but had served as a Transport Deputy and Field Deputy during his thirteen-year career with the Sheriff’s Office. He served with honor and dignity throughout his career. He will be greatly missed.

Kyle’s widow Kristen Davis, his two children Pearl and Seth, and Kyles Parents Randy and Karen Davis accepted the award on his behalf on October 15th, 2021. 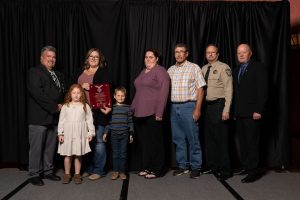