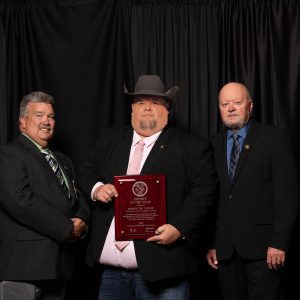 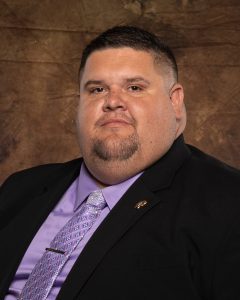 an his career in law enforcement as a dispatcher in 2003 and went on to become a reserve deputy in 2005. He then became a Police Chief in 2006 and continued in that role until the time the police department was disbanded in 2007.

He then became a deputy for the McIntosh County Sheriffs Department in 2007 and remained in that position until October of 2007. While working as a DA task force officer, he was assigned to the Drug Enforcement Agency in McAlester, where he continued his career from 2007-2016.

He was first elected to serve as the County Sheriff in 2016.
He is a “working sheriff,’ out in the county most days, taking calls and often covers shifts for his deputies when they need to be off. He took over a department that was financially unstable, behind the times technologically, and with a history of being “reactive rather than proactive” in policing the County. During his time here he has written and applied for in excess of three hundred thousand dollars in federal grants, with many of those applications being awarded.

Largely through his determination to improve the department, he has been able to purchase a new fleet of vehicles. No new vehicles had been purchased for the department in over ten years. The deputies’ ability to both patrol the county and respond to calls quickly is now greatly improved.

This year he has implemented two programs within the County Criminal Justice Center; a drug and alcohol counseling program and a domestic violence treatment and prevention program, both of which are offered to incarcerated men and women. He has seen and understands that rehabilitating offenders, which is often not well received by the public, is a badly needed tool in our criminal justice reform programs.

During his time as Sheriff, he has been involved in many joint operations with other law enforcement agencies in addition to his day-to-day operations within the county, and following are some of the most notable:

In 2019, he led an operation with the assistance of DEA agents from McAlester, which led to the indictment and arrest of twelve individuals who were trafficking in excess of one hundred pounds of methamphetamine in the County. Members of that criminal organization were also responsible for committing other crimes, including cattle theft and assault. During this year he has assisted the DEA in the continuation of the case, with the final target of the investigation, the provider of the methamphetamine, being arrested in California.

Starting in February of 2021, he began leading a County based joint law enforcement operation in conjunction with Colorado DEA that led to the June 9th arrest of two of Colorado’s top foreign (China) money laundering targets. During this joint operation, he was key in leading an operation responsible for the seizure of 10,000 marijuana plants, 200 pounds of cultivated plants and approximately forty thousand dollars in cash. This investigation is ongoing and has become statewide with many other arrests expected in the future.

He was also tasked with seeking two, federally funded COVID recovery reimbursements for the county, and to date has received over six hundred thousand dollars of that funding; in addition, he recently received confirmation of two point four million dollars of Cares Act Funding, which he applied for earlier this year on behalf of the County.

This year he also earned his Advance Police Officer Certification and is a state certified pistol instructor as well as a continuing education instructor. He has also been active in working with local law enforcement agencies, tribal officials and police following the recent Supreme Court decision in McGirt, continuing to make sure all citizens are safe.

He serves on numerous boards both locally and state, some of those being the OSA Executive Board; CLEET Curriculum Board; JAG Byrne Grant Board; Kiamichi Technology Business and Education Council; Multi-Disciplinary Team; Haskell/Sequoyah County Health and Wellness Board; Chairman of the Haskell County Public Facilities Board, and lastly, serving as the Chairman of the Haskell County Elected Officials.

As his Undersheriff, I see every day that Sheriff Turner remains actively involved with the citizens of his County, and he continues to seek improvement for the department. I believe he represents the best of what we all want our elected officials and law enforcement officers to be; compassionate, caring and committed to enforcing the law for the benefit of the public, while balancing that with criminal justice reform policies which will help reduce recidivism rates while controlling crime.” 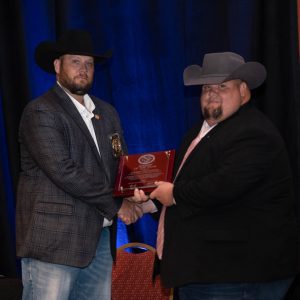