The annual Sheriff of the Year award is presented to a Sheriff for outstanding contributions to his/her office, county, state, or nation.  On August 11th, 2017, the Oklahoma Sheriffs’ Association was proud to award Cleveland County Sheriff Joe Lester with the 2017 Sheriff of the Year Award at our Annual Awards Banquet.

Sheriff Lester began his career in 1965 while serving the U.S. Army as a military policeman.  He went on to the Tulsa Police Department in 1969 where he served for 23 years.  He advanced to Detective, then retired as Lieutenant in Tulsa where he held one of the highest records of undercover arrests and convictions.

From 1991 to 2003, he worked as the Director of Public Safety for the University of Oklahoma where he guided the agency into one of the most respected agencies in the Midwest.  Since elected Sheriff, he has transformed his Sheriff’s Office into a high-speed law enforcement entity.  He started the SCAP program, which focuses on finding the cause of the extensive incarceration of women in Oklahoma.  He has led the agency into a new 574 bed detention center and is continuing to push for more space.  Sheriff Lester has streamlined the outsourcing of feeding and medical care for inmates which has resulted in a savings of money and litigation for tax payers.  He has increased the ease of access for the public to communicate with him and his office through phone apps and social media.  He has served in various capacities on at least thirteen different community groups such as the Bureau of Narcotics and Dangerous Drugs Commission as President, the Red Cross Board, and not to mention the Oklahoma Sheriffs’ Association’s Board of Directors.

Sheriff Lester truly exemplifies service and commitment to his county, state, and country in every action. 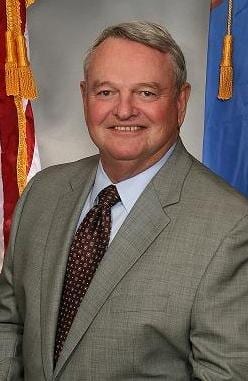