Sheriff Smith Gets Egg On His Face

Sheriff Smith Gets Egg On His Face 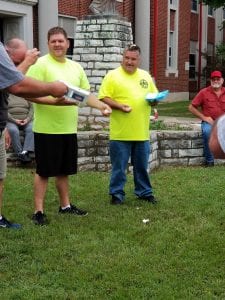 During the Seminole County BBQ Cook Off and Bike Ride, Sheriff Shannon Smith promised that for every $50.00 donated to the Shop with a Deputy Christmas Fund he would smash an egg on his head.

Well Sheriff Smith got more than he bargained for with $1,300.00 being donated plus an additional donation from the BBQ cook off of a $1,000.00 resulting in him having to smash three dozen eggs on his head. Now we can’t say for sure that people donated because they believed in the charity or if they just wanted to see the Sheriff with egg on his face.

We can say that the good work the Sheriff does for his community in raising funds to help those in need was well worth it. Sheriff Smith said ‘I did not really expect the amount donated to be so generous”. “My Deputies felt sorry for me and stepped in to take a little egg on their heads”. 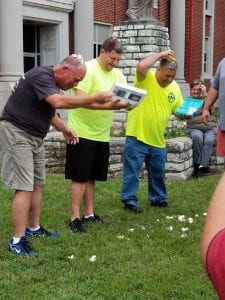 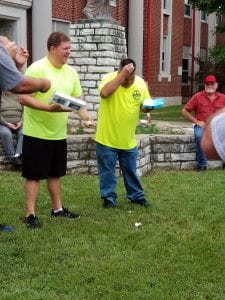