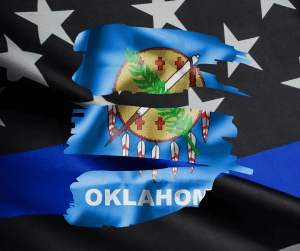 It has been heartbreaking week here at the Oklahoma Sheriff’s Association.  We laid to rest two veteran Deputies that made the ultimate sacrifice. Both with families, children, and grandchildren. Now two lives cut short and one in stable condition.

On the morning of 8/19/2022, Captain William Hargraves was traveling eastbound on US Highway 60 on his way to the Sheriff’s Office. Captain Hargraves while trying to avoid a car that had pulled in front of him was involved in a collision at the intersection of US Highway 60 and State Highway 18. Captain Hargraves had succumbed to his injuries from the collision at the scene. He was laid to rest on Friday, August 26th, 2022. Job well done.

Sergeant Bobby Swartz was viciously and cowardly attacked while serving an eviction notice in SW Oklahoma City, He and his partner Corporal Mark Johns were doing what thousands of Deputies do every day, serving papers from the court. While serving those papers Sergeant Swartz and Deputy Johns were ambushed while attempting to enter the house. The individual then went into the garage and shot at a third Deputy but missed prior to leading law enforcement on a chase winding up at Tinker Air Force Base where he was taken into custody. Sergeant Swartz was laid to rest on Friday, August 26th, 2022. Job well done.

Deputy Mark Johns, Oklahoma County Sheriff’s Office, who was critically injured shielding Sergeant Bobby Swartz from a barrage of bullets, was released from the hospital just four days after suffering life threatening injuries. Although his femoral artery had been damaged and he underwent surgery to repair it and to remove shrapnel from his abdomen, Deputy Johns is currently at home recovering. Please continue to keep Deputy Johns in your prayers, he has a long road ahead of him.

“Blessed are the Peacekeepers for they shall be called The Children of God.” – Matthew 5:9