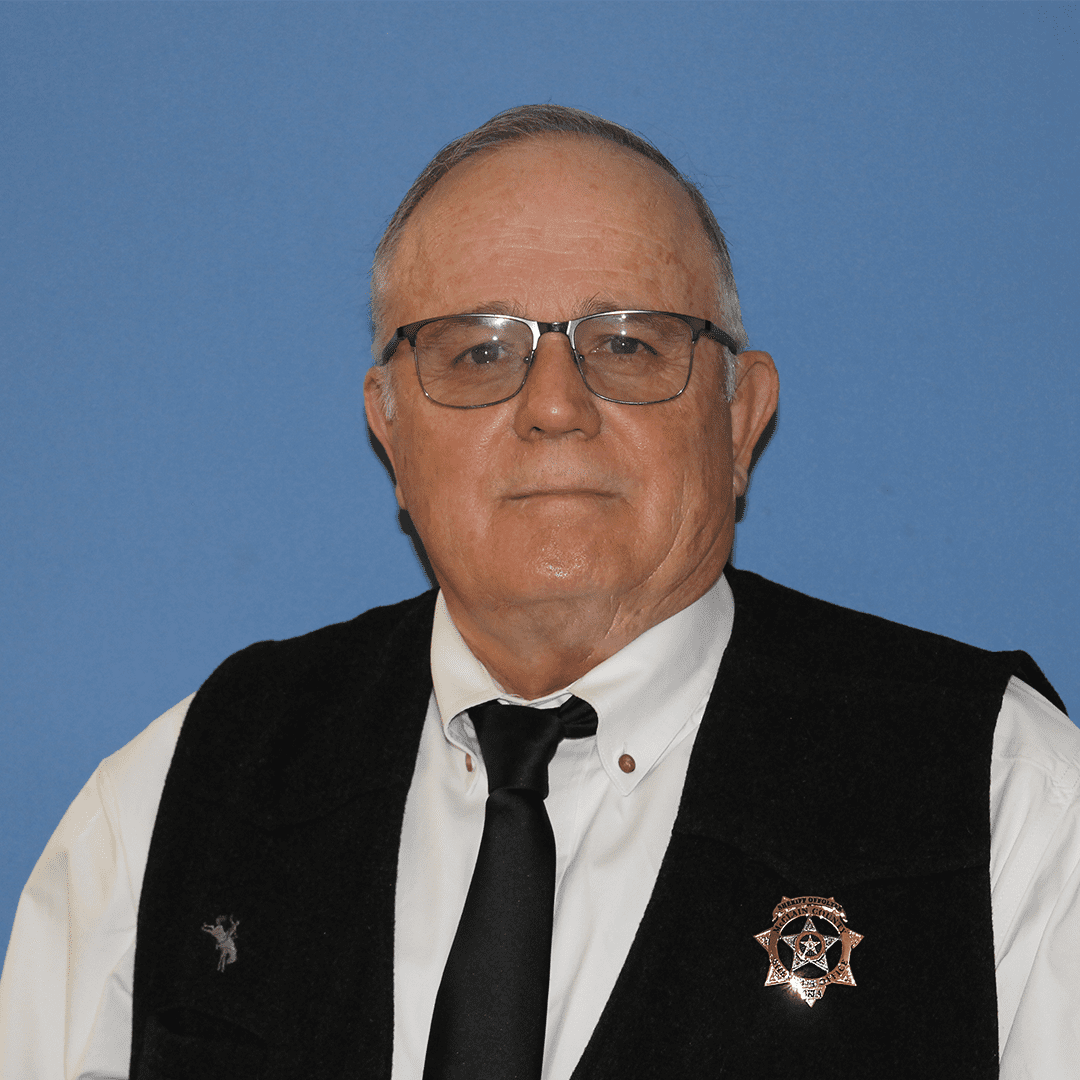 Sheriff Landy Offolter started his law enforcement career in 1977. He began his career at the Purcell Police Department in 1977 as a patrol officer. In 1978, he transferred to the McClain County Sheriff’s Office and in 1979, Offolter was accepted into the 37 th Oklahoma Highway Academy where he served under various assignments until his retirement from the OHP in 2016 as the Executive Officer for Troop ‘S’. In 2018, Offolter was hired by the then Sheriff, Don Hewett to serve as the Undersheriff of the McClain County Sheriff’s Office.

Sheriff Offolter is a lifelong resident of McClain County. He graduated from Dibble High School in 1973 and attended USAO College in Chickasha.

Sheriff Offolter has been married to his wife Genise for 43 years. Genise and Landy have two daughters and one son. Their Daughter Kris and Son in Law Mike Mitchell from Blanchard. Their Daughter Charlotte and Son in Law Joe DeArman of Sulphur. Their son Jason and Daughter-in-Law, Megan, of Blanchard. They have 11 beautiful grandchildren, Payton, Ethan, Landy, Kayden, Reese, Rhyan, Colson, Lyric, Nolan, Taylor, and Dakota. Sheriff Offolter and Genise attend the Free Will Baptist Church in Dibble. They both enjoy fishing and even take a fishing trip to Canada every other year.

Sheriff Offolter is a strong supporter of the 2 nd Amendment and has even added his name to the list of Oklahoma Law Enforcement Officials endorsing Senate Bill 631 making Oklahoma a second amendment sanctuary state.

“It is an honor and privilege to serve as your McClain County Sheriff. Since I have taken office, I have continued to improve the service and function of your McClain County Sheriff’s Office while maintaining a minimal expense to our taxpayers. It is my goal to continue to offer the citizens the level of response and concerns that you expect out of a quality Law Enforcement Agency. ” ~ Sheriff Landy Offolter