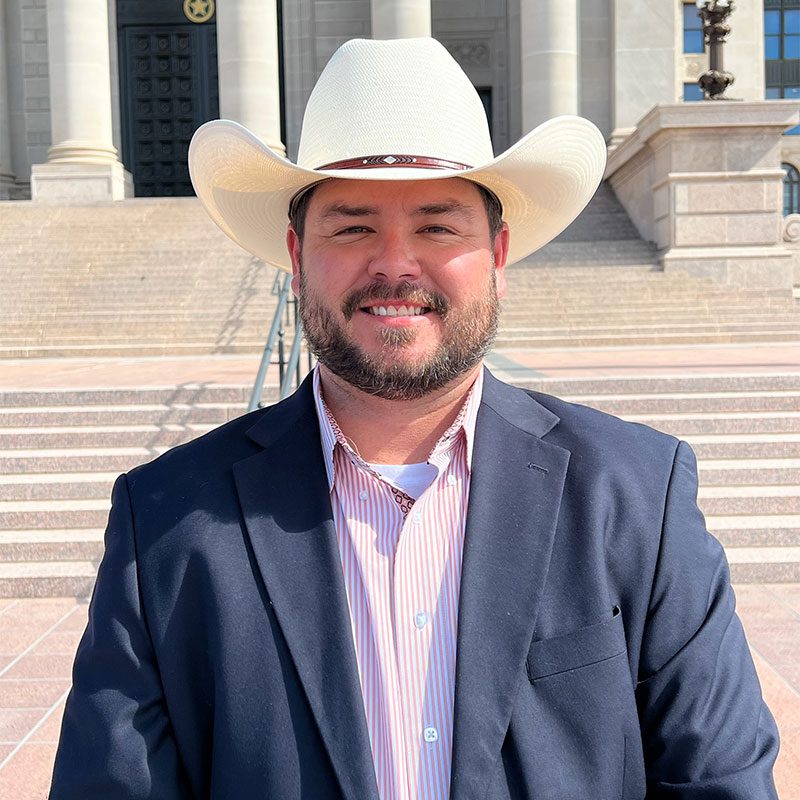 Sheriff Cumberledge has worked for the Love County Sheriff’s Office since April of 2016, starting his career as a reserve deputy. He earned volunteer hours during his off time from working full-time for the City of Ardmore. In August 2016, interim Sheriff Harvey Stewart offered Andy a full-time patrol deputy position.

Sheriff Cumberledge was promoted to Patrol Supervisor in 2018 and again promoted to Undersheriff in November 2020, serving then Sheriff Marty Grisham.

Sheriff Cumberledge oversees the day-to-day operations of the Sheriff’s Office along with the Love County detention center while being a leader for all of the staff members.

Sheriff Cumberledge has over 1500 hours of law enforcement training and currently holds an Advanced Law Enforcement Certification through CLEET.

Sheriff Cumberledge holds a SLEC through the Bureau of Indian Affairs, allowing him to work federal cases in Indian Country.

“I’m honored to be appointed to such an important position in the County. I intend to continue the progress that has already been started and continue to build and grow our agency, as well as push all of the staff members in the Sheriff’s Office and the Love County Detention Center to be better leaders for the office as well as in the community. We have made great strides in building back trust in the community, and it is my intention to continue building that trust it is my hope that if any of the citizens in the community run into issues, the first thought they have is to reach out to our office for assistance.” — Sheriff Andy Cumberledge