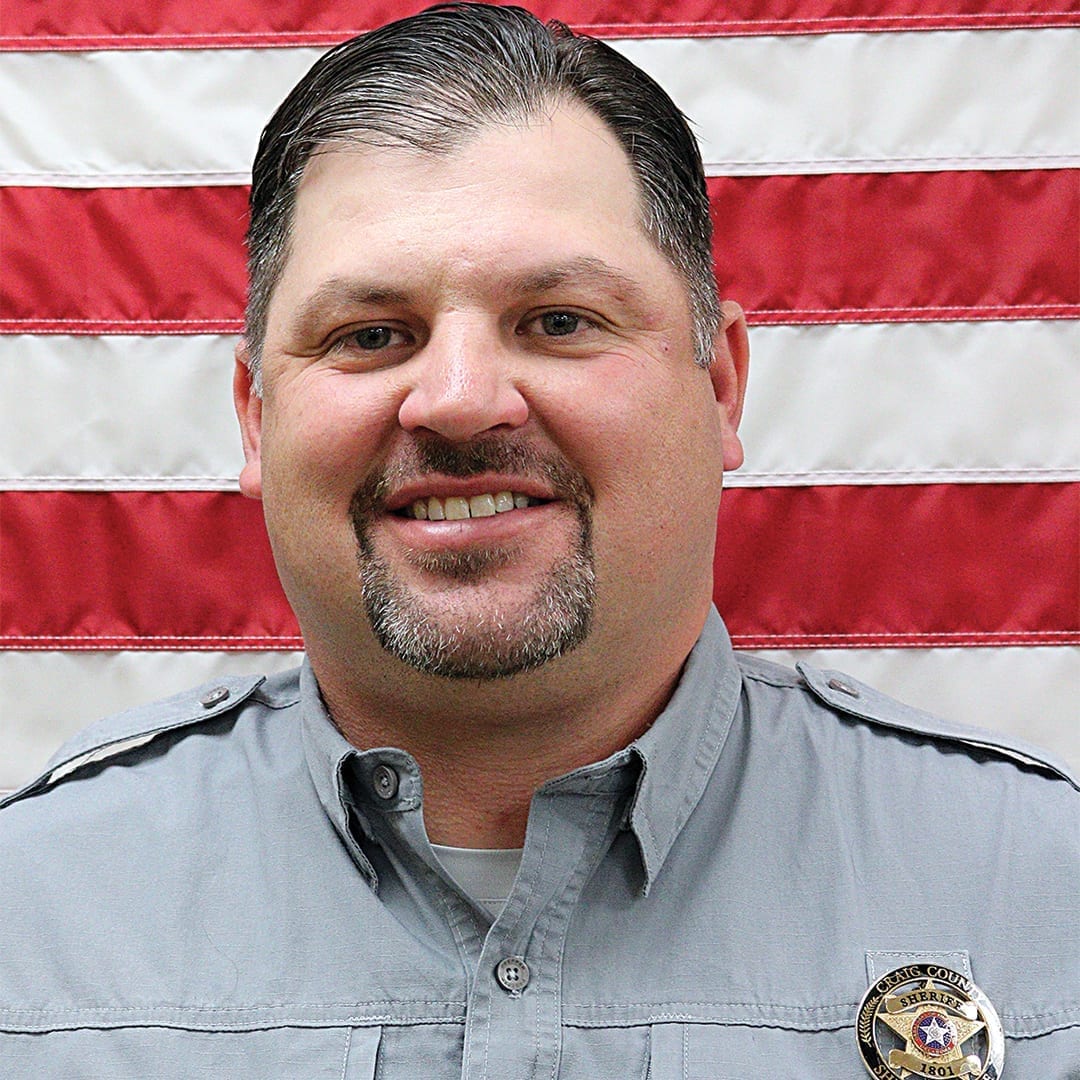 Winfrey began his law enforcement career in 2002 as a reserve officer for the Vinita Police Department. Commissioned in 2002 as a deputy for the Craig County Sheriff’s Office, Winfrey became CLEET certified in March 2004.

During this time he served as the Craig County Drug Court Compliance officer and as a K-9 handler.

In August 2005, Winfrey joined the Vinita Police Department as a patrol officer. During his eight years of service, he was promoted to sergeant, and then later assigned as a narcotics investigator. He earned the honor of “Officer of the Year” in 2012.

Commissioned by the state of Oklahoma in 2013, Winfrey currently serves as a state-certified law enforcement officer.

With more than 600 hours of law enforcement training, Winfrey’s background includes a certification from the National Environmental Systems Network in 2009 to identify, assess and collect clandestine methamphetamine laboratories. He has also completed the Oklahoma Bureau of Narcotics Drug Investigator course. In June 2012, he graduated from CLEET’s CIA 57 Criminal Investigations Academy.

A 1995 graduate of Bluejacket High School, Winfrey and his wife, Tricia, have owned a home near Bluejacket since 1999. The couple has two children: Lexi and Tucker. Winfrey has an associates degree from Northeast Oklahoma A&M.