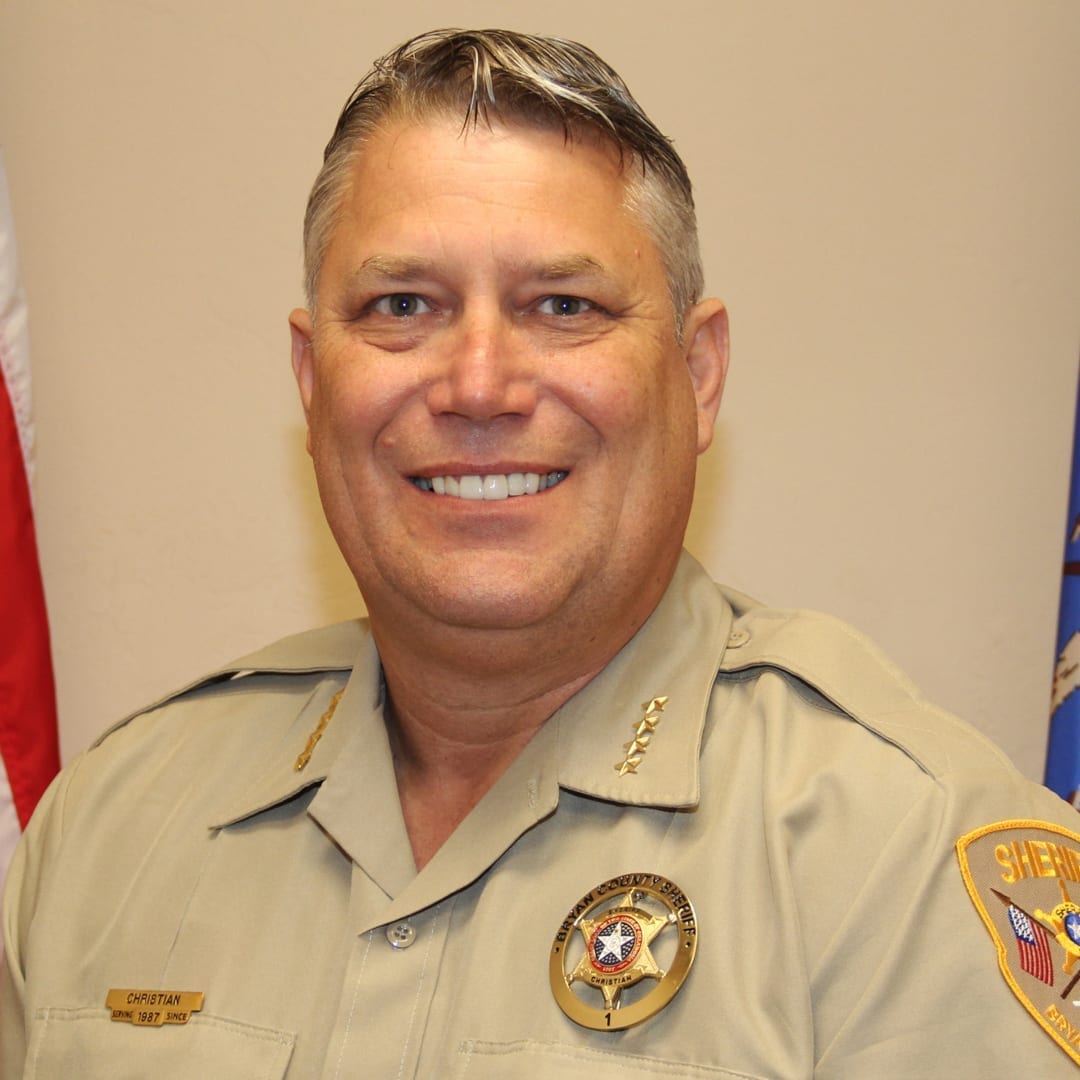 Sheriff Johnny Christian was elected to Sheriff in 2016 and re-elected in 2020. As a fourth-generation resident of Bryan County, Sheriff Christian has become a legend in Oklahoma law enforcement and brings decades of experience and proven leadership to the Sheriff’s Office.

Sheriff Christian served 25 years as an Oklahoma State Trooper and spent the last part of those years assigned to the United States Marshal Service hunting down the most dangerous criminals in America and bringing them to justice. He has won countless awards and the respect of his fellow law enforcement officers for his professionalism and unquestioned integrity.

Since taking on the role of Sheriff, the patrol has been extended to 24 hours a day. Sheriff Christian shares, “Using the proper patrol techniques and management, what was said could never happen — we did,” Christian said. “There have been numerous cases that have been resolved that have been after hours when normally we wouldn’t have anyone out, we’ve been able to capture.”

Sheriff Johnny Christian is truly dedicated to serving and protecting the citizens of Bryan County. The below history of work ethic, leadership, and outstanding current employees is the prime reason for the success of the Bryan County Sheriff’s Office today.