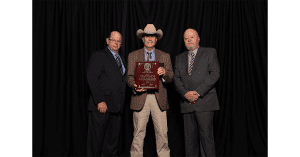 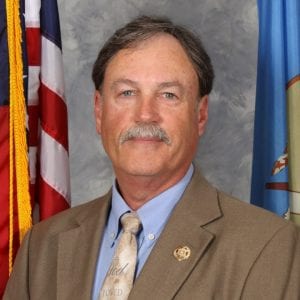 This public servant served his country in the U.S. Navy for over twenty-two years.  He then became a reserve deputy, but soon after decided to pursue law enforcement full-time as deputy. During his twelve-year career, he worked through the ranks and held many positions including: DARE Officer, Training Officer, Field Deputy, Detective and even Captain. Following the September eleven attack on America, he was immediately recalled to active duty where he served with the Naval Criminal Investigative Service, otherwise known as N-C-I-S, in Naples, Italy. There he worked with other agents on counter-terrorism measures, dignitary protection, and navel investigations. After retiring from the U.S. Navy Reserves, he served as a Criminal Investigator with the District Attorney’s Office for ten years.  In two thousand and nine he was elected Sheriff and has served the citizens proudly for the past eleven years. He has fought the war on crime all around the world, working with some of the best Law Enforcement organizations in the United States. As Sheriff, he has continued that fight in his county. He has maintained the stance to identify, confront, and eliminate as many elements and conditions contributing to crime as possible while using every resource available.

Since taking office, the working relationship among area law enforcement agencies has grown into a unified front. There is excellent cooperation and camaraderie among agency leaders, and they all have a great deal of respect for one another and their respective agencies. He believes that collaboration is key to run a well-maintained office.

He has revitalized the Sheriff’s Office programs that serve the county as well as increased and strengthen the public’s trust in law enforcement. He values the concerns of the citizens in which his office serves, and he has made it a mission to continuously evaluate operations and make necessary changes when needed. He makes it a point to keep citizens informed about situations that occur in local communities through the use of social media, the official website, and local media outlets. He continually strives to improve his office by maximizing available revenue to ensure citizens of the county have adequate coverage in their communities. He implemented districts within the county dividing it up into six sections to allow citizens to visually see the presence of the office, allowing one on one interaction between the citizens and his deputies. He has instilled the importance of checking local business’s doors and implementing door hangers, so the property owner knows their property has been checked securely. Deputies, including the Sheriff himself, are present at community events held throughout the county, and their presence is embraced. It is not uncommon to see a deputy in their patrol car parked outside community centers, churches, and schools, helping to a peaceful assemble inside.

He is not a Sheriff that stays seated in an office and is no stranger when it comes to assisting his Deputies with investigations. He is a leader who demonstrates the actions he wishes his staff to emulate. A leader who will work right alongside his staff and other professionals to protect the community.  He most recently could be observed on his hands and knees in the early morning hours sifting through dirt searching for rounds in a shooting investigation.

As described by his colleague, “He has met any challenges he has faced head-on and with decisiveness. His leadership, responsibility, and service make him, in my opinion, the best Sheriff I have worked with in my career. His dedication, respect, humility, honesty, integrity, empathy, and resiliency make him a true leader and an amazing Sheriff.” 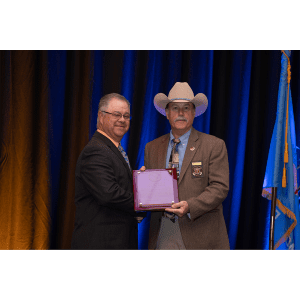