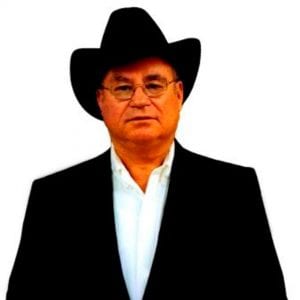 The Oklahoma Sheriffs’ Association was honored to induct Sheriff Norman Fisher of Cherokee County into the Sheriff’s Hall of Fame at our annual Awards Banquet on August 11th, 2017.  The Sheriffs Hall of Fame award is presented to a Sheriff who has been lawfully appointed or elected for a minimum of ten cumulative years; has provided a high level of service to the Office of Sheriff in Oklahoma through activities of the Oklahoma Sheriffs’ Association; has implemented proactive programs and crime prevention initiatives; has demonstrated leadership to employees, the citizens of the County, and the State of Oklahoma; and has demonstrated and maintained the highest degree of character in their law enforcement career.

Sheriff Norman Fisher has been a law enforcement officer for nearly fifty years and is the longest serving Sheriff in his county.  His career began at the Tahlequah Police Department where he was elected Chief and served three terms.  He was elected to Sheriff in 2004 and has served in that capacity ever since.  Since elected Sheriff, he has completely upgraded the vehicle fleet, constructed a firing range and classroom, added School Resource Officers in his county’s rural schools, and implemented Tasers and In-Car-Computers for the Deputies.

He is an inspiration to his employees and co-workers and an invaluable asset to the residents of Cherokee County.  His name is recognized statewide as a dedicated and devoted lawman who has served his county and state with an exemplary record of being the peoples’ Sheriff, a Sheriff who brings more to the table than a badge, but a mindset of both firmness and fairness that is revered by those who work for him.

Known for his mantra, “Do what’s right, not what’s easy,” integrity and leadership with good character make up the foundation of Sheriff Norman Fisher’s life.